Completed in 1929, for Hubert Templeton Parson (1872-1940), President of Woolworths, and his wife Maysie Gasque (d.1956). The original house here, Shadow Lawn (1903), burned down in 1927. Retaining the name, Parson built a new 90,000 square foot, 130-room mansion in its place that is today the 6th largest house ever built in the United States, behind Winterthur in Delaware. The project set the Parsons back $10.5 million to build and it immediately fell victim to the Wall Street Crash. It was sold just ten years later for an almost unbelievable $100. It was acquired by Monmouth University in 1956 and from then on has been the center-piece of their campus, rechristened "Wilson Hall" in honor of President Woodrow Wilson. It also recognized from the hit movie, Annie (1982), as Daddy Warbuck's mansion....
zoom_in 20 images 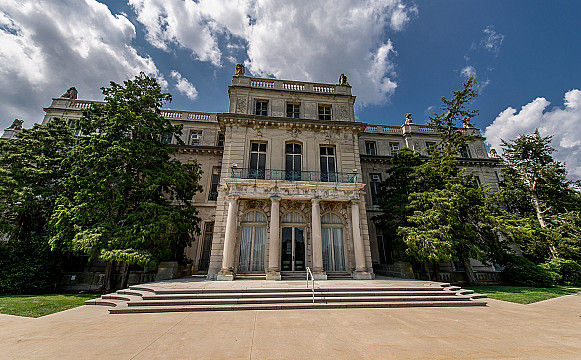 In 1918, Hubert T. Parson, purchased the original Shadow Lawn (1903) for $800,000 from the heirs of Joseph Benedict Greenhut, owner of the world's largest whisky distillery. Parson and his brother-in-law, Clarence Gasque, were well-known for their extravagance  and he immediately increased the estate to 108-acres. At an additional cost of $1 million, he renovated the not-so-old house, spending a further $1.25 million on furnishings alone.

Parson summered there with his wife, sister-in-law, and mother-in-law until 1927 when the mansion was burned to the ground. He received just $579,000 from his insurance on the furnishings, but he had recently succeeded Frank Winfield Woolworth as President of Woolworths and was not short of spare change. Perhaps not coincidentally, Woolworth's home on Long Island, Winfield Hall, had also "burned down," allowing him to remodel it...

Influenced by a Love for Paris

The Parsons hired Horace Trumbauer (1868-1938) and his assistant Julian Abele (1881-1950) - the first African-American professional architect - to design them a new, modern Beaux-Arts summer home while retaining the the original name, "Shadow Lawn".

Mrs Parson was French, and influenced by their mutual love of Paris (they kept a mansion on the fashionable Avenue Foch), their new summer residence was designed in the French neo-classical style. It was built of Indiana limestone with over 50 different varieties of Italian marble, taking two years to complete at a cost of $10.5 million. The new Shadow Lawn covered roughly 90,000-square feet of living space and contained 130 rooms spread over 4-stories. It was roughly the same size as the larger Vanderbilt Chateau in New York.

The Parsons - anything but Parsimonious

The 300-foot long by 150-foot deep mansion is entered via the marble lobby that leads on to the Great Hall. In Parson's day, a rug woven in the Canary Islands that measured 23-by-93-feet covered the parquet floor ad kept high heels grounded. The Great Hall rises 70-feet to the 100-foot long Venetian skylight that after dusk was illuminated by 165-lights.

In total, the Parsons commissioned no less than 146-rugs and carpets in both Europe and Asia to cover 60,000 square feet of its most-used living space. There were 17-guest suites, each one designed in the style of a different historical period, and the 19-bathrooms all had either silver or gold plated fixtures. Among the many features of the house, there was an indoor pool, a rooftop solarium (built at a cost $500,000 alone) a bowling alley, a billiards room, a Gothic chapel, a music room, and a library modelled after another in Paris. Statues of sphinxes and amorini adorned the foreground of the house - modelled after those found at the Palace of Versailles - as was the Belvedere in the gardens.

On the estate itself, some 50-acres were given over to farming. Outbuildings included 8-greenhouses, a two-story garage, an ice house, a stable with 6-stalls, a 10-room house for the estate manager; cottages for the dairyman, the greenhouse man and the poultry man; a cattle barn, a poultry house, rabbit hutches and ram, sheep, pheasant and bull pens.

All this luxury came at a price and the cost of running the mansion and estate amounted to $300,000 a year, employing a staff of 100-domestic servants and 40-groundsmen. However, while Parson had enjoyed terrific financial success as President of Woolworths, no sooner was the house completed when he fell victim to the Wall Street Crash of 1929.

Bargain of the Century?

In 1939, Shadow Lawn was sold for a trifling $100 and passed into municipal ownership. Parson died the following year, and having seen the estate on which he'd spent in excess of $13.5 million go for that prince might well have hastened his departure from this world.

In 1978, Shadow Lawn was added to the National Register of Historic Places and in 1985 it was declared a National Historic Landmark. It is also listed on the New Jersey Register of Historic Places and over the years extensive renovations have been carried out to preserve the mansion. Shadow Lawn is well-known across the States for its architectural splendor and has frequently featured in commercials both on TV and in print. Today, it is the administrative center of Monmouth University, though some classes are still held within. 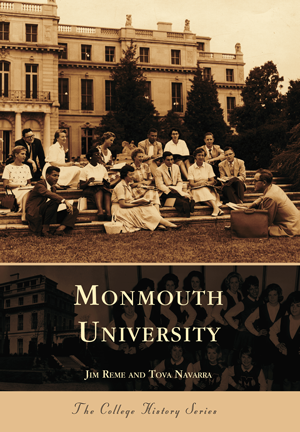 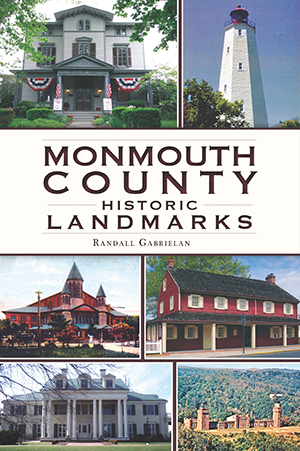