Completed in 1903, for John A. McCall (1849-1906) and his wife Mary Ignatius Horan (d.1935). This 52-room mansion - the first of two built on the same site - had a short and chequered history. It was home to two convicted Wall Street crooks and one President. A contemporary critic described the architecture as, "all design and no rhetoric" while others enthusiastically hailed it as "a palace". In 1916, it was used by President Woodrow Wilson (1856-1924) as his Summer White House. But, it burned down in 1927 and was replaced with an even larger mansion, Shadow Lawn (1929)....
zoom_in 20 images

Abraham Schwartz/White, of Corsicana; President of the United Wireless Co.

McCall was the President of the New York Life Insurance Company. Nearing retirement in 1902, he purchased the Hulick farm of 27-acres on Cedar and Norwood Avenues. He added to the estate until it encompassed 65-acres, buying neighbouring land from archeologist Charles Conrad Abbott (1843-1919) and actress/playwright, Ettie Henderson. McCall then employed architect Henry E. Cregier (son of the Mayor of Chicago) to build a house, "suggestive of the grandeur of the Alhambra, the Petit Trianon, and Sanssouci".

Situated on a grassy knoll some 50-feet above the ocean, McCall's modified colonial summer home was complete by August 1903. The 52-room mansion of three stories was dominated by two vast porticos and named for the clusters of great trees that threw their shadows over the lawn. On top of the third floor was an atrium and two pillared lookout towers from which to enjoy the view over the estate and down to the sea.

The semi-circular front portico towered over the formal gardens and terraces, descending to a long lawn that ran down to Whale Pond Brook at the end of Norwood Avenue. The brook itself had been dammed to create a lake on which two gazebos were built. Inside, the mansion boasted gold-plated plumbing and three conservatories that produced grapes, peaches and pears. The original old farmhouse was converted into a self-sufficient carriage house - with its own windmill and water tower.

McCall did not get long to enjoy his new home. In 1905 - the same year that Murry Guggenheim (1858-1939) moved in across the street to the Guggenheim Cottage - McCall was found guilty of bribing state legislators with $275,000 of company money. He resigned his position and was ordered to repay the full amount which meant he had to sell his beloved Shadow Lawn after having enjoyed it for barely three summers.

Shortly before his death the following year, McCall sold the mansion for $350,000 to New York attorney Myron H. Oppenheim. His intention was to make Shadow Lawn the center-piece of what he hoped would become the Brook Lawn Country Club. But, within a year (1906) his plans had failed to come to fruition and this time for $500,000 it was sold once again. The new buyer was the early 20th century's answer to the "Wolf of Wall Street", Abraham White, more favorably known as "the postage stamp capitalist" whose ego couldn't resist the urge of immediately renaming the estate White Park.

A crook he was, but a romantic he might have been: White had claimed that he purchased Shadow Lawn for his wife who he reckoned to have the most beautiful voice in America. However, despite her highly touted talent, she refused to sing in public. White therefore hoped that the beauty of the mezzanine floor would result in her breaking out of her shell and performing - at the very least - to her friends.

On their fraudulent gains, the Whites occupied the house for all of just one season, during which they made the most of being able to hobnob freely among the likes of the Morgans, Guggenheims and Rockefellers. As for whether or not their guests ever had the chance to attest for Mrs White's angelic soprano, that may just be lost to time...

As quickly as White had made his money, so he lost the house in equal style. In the same year that he bought Shadow Lawn his realty company that was to pay the $100,000 mortgage was foreclosed. Nonetheless, White still managed to strip out and sell off all the McCall's silver chandeliers and doorknobs, as well as not paying any of the tradesmen for works throughout the year. He snuck out of town to run back to Texas before finally being convicted in 1910 for larceny - when the records on him go quiet.

Once again, the mansion came back to Oppenheim when he re-purchased it at the ensuing sheriff's auction, for $125,000. Due to poor credit, Oppenheim put it in the name of his business partner, Robert L. Smith, and for a brief period his dream was realised as it became the Brook Lawn Country Club. It didn't last, and in 1909 it was sold to the fifth owner in seven years - Colonel Joseph Benedict Greenhut (1843-1918).

Greenhut was the first 'long-term' resident at Shadow Lawn. He purchased it for $200,000 and spent a further $400,000 on renovations and landscaping. In 1915, he offered his home to Woodrow Wilson (1856-1924), 28th President of the United States, as his Summer White House. Wilson accepted, and it was here in 1916 that he learnt of his re-election. The Wilsons never returned to the house, comparing it to a large summer hotel, but his second wife, Edith White Bolling (1872-1961), described it in her memoirs:

Very large, with a staircase wide enough for an army abreast, opposite the front door. This staircase ended in a big platform on which rested a grand piano. Then the stairs parted to run in opposite directions as if each was ashamed of the other... When we got settled, we were happy and comfortable at Shadow Lawn.

At the time, twice ex-president Theodore Roosevelt, Jr. (1858-1919) wrote a poem in reference to Wilson drawing America into World War One that included the line: "There are Shadows on the lawn at Shadow Lawn". In 1915, The New York Times described the exterior of the house:

Two flights of stone steps run up the terraces to the top of the rise of ground on which the house is built. The entrance is guarded by a large dome, level with the roof of the second floor, supported by eight columns. A porch of about 250 feet in length runs about the north, east and south sides of the house, commanding a view of the ocean and beautiful country. The building is of wood painted white and of stone.

In 1918, Greenhut died and his heirs sold Shadow Lawn for $800,000 to Hubert Templeton Parson (1872-1940). On taking ownership, he increased the estate to 108-acres; instructed a $1 million renovation of the house; and, spent a further $1.25 million furnishing his summer home. Shadow Lawn's brief and chequered history was brought to an abrupt end by a fire on January 27, 1927. Parson replaced it with the 130-room mansion found there today - the 5th largest house in the United States - Shadow Lawn (1929). 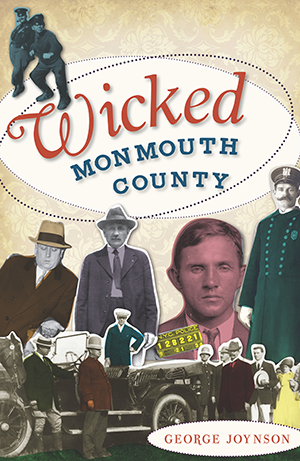 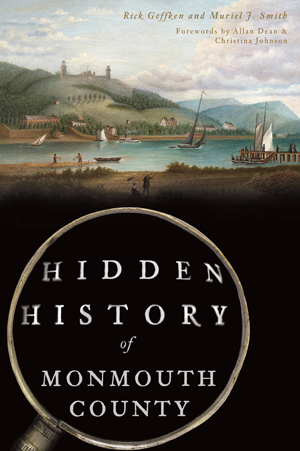