Built from the 1070s by William the Conqueror (1028-1087), it started life as a fortress but became a Royal residence from the early 1100s. It has been added to, refurbished, and improved by almost every one of the 39 British monarchs who have lived here. Today, it sits on 13-acres of land and covers 484,000-square feet of living space divided into about 1,000-rooms. It holds the distinction of being the oldest continuously occupied castle in the world and attracts roughly a million visitors a year. Aside from the Royals, over 500-people both live and work here, and it is the much loved official weekend residence of Queen Elizabeth II who slept in the dungeons as a child during World War II to remain safe from air raids. Now, she uses the castle as frequently for state banquets and official entertaining as she does Buckingham Palace....
zoom_in 1 images 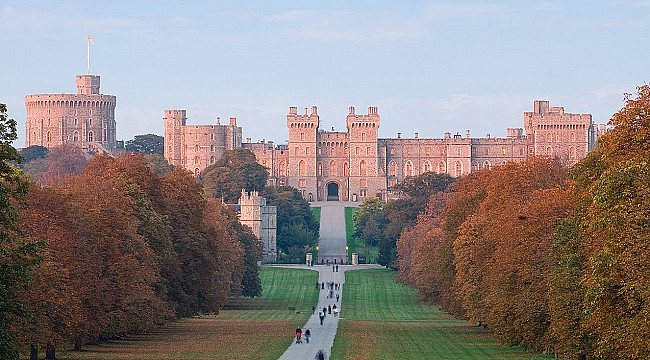 Queen Elizabeth II of the United Kingdom & the Commonwealth

Prince Philip, Duke of Edinburgh; Consort of the British Monarch

Windsor Castle is home to the Crown Jewels and the lion's share of the Royal Collection - the largest private art collection in the world comprised of some one million objects. The castle has 300 fireplaces and 379 clocks which are kept at precisely the right time except for those in the Great Kitchen (the oldest working kitchen in the country) that are always five minutes fast to ensure the Queen's food arrives in front of her on time - it being a five minute journey to convey the food from the kitchen to her table. The largest 'room' within the castle is St. George's Chapel with a seating capacity of 800-people. It was built by King Edward III in the 14th Century and was continuously expanded through into the 15th Century so that it is now considered to be the finest example of Gothic architecture in the country. Ghosts said to haunt the castle include King Henry VIII and arguably the most famous of his six wives, Anne Boleyn, who lost her head at the Tower of London.

Visitors today can quickly establish whether or not the Queen is in residence: if the Royal Standard flag is flown over the castle, she is there, and if not the Union Jack flies instead.

Windsor Castle: A Thousand Years of a Royal Palace By Steven Brindle

Art, Passion & Power: The Story of the Royal Collection By Michael Hall. Foreword by HRH Prince of Wales

The Royal Family: The History, Dominions, Protocol, Residences, Households, Pomp and Circumstance of the British Royals By Robert Jobson