Built from 1618 by William Pope on the site of an old monastery. In 1677, it became the property of Francis North (1637-1685), 1st Baron Guildford and Lord Keeper of the Great Seal. He enlarged the house and continued to improve the estate. Over the years, it has hosted four English Kings and one U.S. President, Theodore Roosevelt (1858-1919). After the 11th Baron North died in 1932, the lease was surrendered to Trinity College, Oxford, who sold Wroxton in 1964 to Fairleigh Dickinson University in New Jersey for use as their English campus. On its 56-acre estate, aside from the original formal rooms, Wroxton contains 45-bedrooms, each with its own bathroom, for its students. Several of the original Heraldic Stained-Glass windows that were on display here became part of the Dixon Collection at Ronaele Manor in Pennsylvania.
zoom_in 1 images 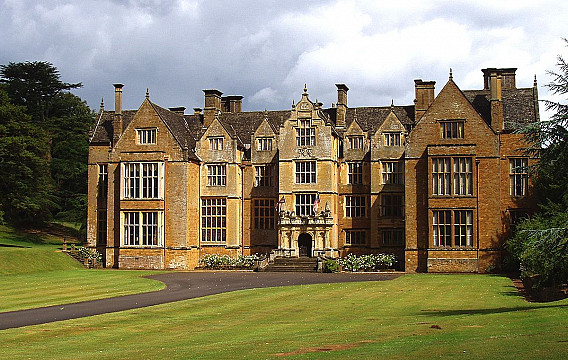