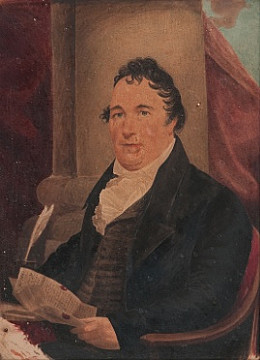 He was born into comfortable enough circumstances in Ireland, one mile east of Bailieborough in County Cavan, and came to America at the age of eighteen in 1789. He worked at a dry goods store in Albany before setting up on his own account in 1795. His business grew and not before long he had a chain of dry goods stores plus a shipping company, salt company and tobacco factory, becoming known as "William of Albany". Having made the basis of his fortune in business, he turned to land speculation and soon held the mortgage for Union College and owned almost the entirety of the City of Syracuse which he'd purchased for $30,000. He was an early promoter of the Erie Canal and was one of its chief financiers. He died in 1832, leaving a fortune of $1.2 million which placed him among the state's wealthiest men. In 1830, there were reputedly only five millionaires in New York City: John Jacob Astor, John G. Coster, Stephen Whitney, Nathaniel Prime, and Robert Lenox. William lived at 70 North Pearl Street, Albany, and James Street in Albany is named in his honor. He was married three times and had twelve children (listed above). He is the grandfather of the novelist Henry James and the Philosopher, William James, who was a godson of Ralph Waldo Emerson. 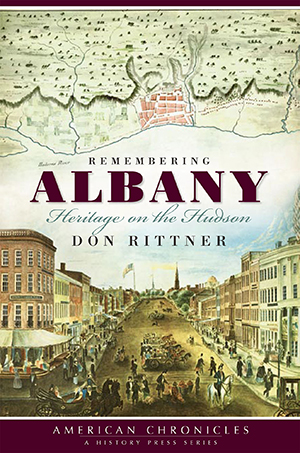 Remembering Albany: Heritage on the Hudson By Don Rittner