Built in 1928, for Mrs Margaret (Curry) Chaplin (1888-1981) and her husband William Craig Chaplin (1882-1949). Located on the Eastern Shore and approached by a magnificent tree-lined drive, the mansion looks out west over Peachblossom Creek, a tributary of the Tred Avon River. Dwight David Eisenhower (1890-1969), the 34th President of the United States, was a frequent visitor here, but today it is better recognized as the Cleary family estate in the movie, Wedding Crashers (2005)....
zoom_in 1 images 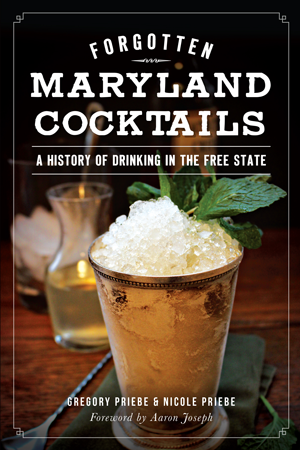 Forgotten Maryland Cocktails: A History of Drinking in the Free State By Gregory Priebe & Nicole Priebe, Foreword by Aaron Joseph 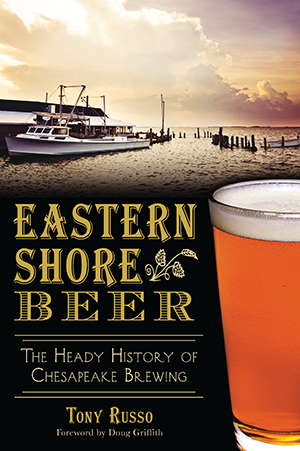 Eastern Shore Beer: The Heady History of Chesapeake Brewing By Tony Russo, Foreword by Doug Griffith
In 1659, Richard Tilghman (1626-1675) was granted 1,000-acres and built the first house recorded on the property, Canterbury Manor. In 1853, his descendant, Matthew Tilghman Goldsborough (1812-1861), purchased 100-acres from his ancestor’s original grant and on it built a home that he named "Ellenborough" for his wife, "Ellen Goldsborough". From 1885, it became the home of their second son, Colonel F. Carroll Goldsborough who bred Oxford Down sheep and Jersey cattle, but a fire in about 1905 all but destroyed the mansion and in the following year he built a new home that he named Canterbury Manor. In the same year, he sold 236 of its 300-plus acres to Charles Nickerson for $30,000.

Mrs Chaplin's father, Henry M. Curry, volunteered to fight with the Union Army before he was sixteen. Joining as the regimental flag-bearer, he served the duration of the war before being discharged with the rank of Sergeant. In Pittsburgh, he was noticed by Andrew Carnegie and once again rose up the ranks, this time in the steel industry, retiring as a partner in, and Treasurer of, the Carnegie Steel Company. Her husband, William Craig Chaplin, came from a distinguished family long settled in Pittsburgh. His father co-founded the "very successful" Chaplin-Fulton Manufacturing Company and as his only son, he succeeded him in the family business, living at Sewickley, outside Pittsburgh.

"The Epitome of Grandeur"

In 1928, the Chaplins demolished what remained of the ruined Goldsborough house. They employed Emory Ross to design them a new mansion on the site of the old one, keeping the name "Ellenborough". Country Life described the result as, “the epitome of grandeur”. The architectural historian Christopher Weeks called it, “a superior composition, and a fine, late, academic example of the colonial revival”. The central brick mansion of 2.5 stories is flanked by frame hyphens that connect the wings of beaded weatherboard. The 5-bay façade features a 3-bay Ionic portico with fluted columns supporting a pediment.

It's approached by a half-mile drive flanked with maples planted by Goldsborough. The front entrance opens onto a large central hall with 12-foot ceilings and a magnificent curved staircase. Ellenborough’s 10,000 square feet of living space contains 9-bedrooms and 7-bathrooms, that are all accessible from the main hall. The rear of the house has three dormer windows in the gable roof and is accessed by a typically Georgian entrance. Its elevated garden leads down to the half-mile of waterfront on which a new boathouse has since been built. The 54-acre estate includes a barn, swimming pool and tennis court.

Mrs Chaplin survived her husband by thirty years, but never remarried, happily living on alone at Ellenborough until her death in 1981. The Chaplins adopted two daughters, the elder of whom, Peggy, was first married to Richard L. Merrick, and they held their wedding reception here in 1941... there was a "Vaughan" in attendance. The old caretaker's cottage was sold off separately in 1993, but otherwise the estate remains in tact. It last changed hands in 2007 for $13.6 million, bought by David Bradley, Chairman of Atlantic Media, and his wife Katherine, President of the CityBridge Foundation.

Forgotten Maryland Cocktails: A History of Drinking in the Free State By Gregory Priebe & Nicole Priebe, Foreword by Aaron Joseph