Completed in 1884, for Jacob Ruppert (1842-1915) and his wife, Anna Gillig (1844-1924) on the site of a brick mansion completed in 1796 for Thomas and Margaret (Livingston) Tillotson. Once said to have been, "the most beautiful site on the Hudson," in the mid 19th century Linwood was owned by the uncles of the novelist Henry James who recalled: "Didn't Linwood bristle with great views and other glories, with gardens and graperies and black ponies, to say nothing of gardeners and grooms who were notoriously and quotedly droll". In 1962, the Ruppert mansion was gifted to the Sisters of Saint Ursula who razed it to build the plain brick Linwood Spiritual Center in its place....
zoom_in 5 images 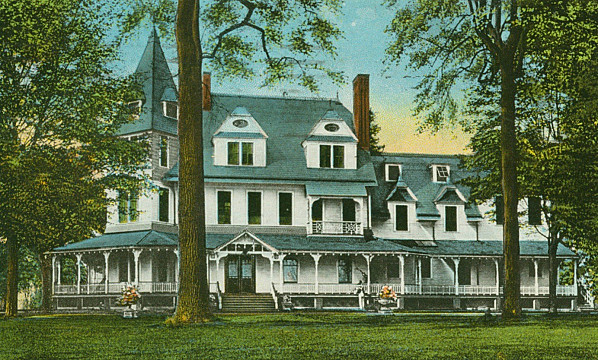 In 1686, Captain Aria Roosa was granted the "Roosa Patent" which was comprised of 1,500 acres near Kingston and along the Hudson River in Dutchess County. In 1711, he sold part of the patent for £60 to Laurens Osterhout of Hurley who had married his near relation, Rebecka Roosa. In 1741, the Osterhouts sold their 160-acres for £370 to Jacobus Van Etten who in 1758 willed the land to his sons, Isaac and Matthew. In 1786, Isaac mortgaged his share to the Loan Officers of New York who in 1793 sold it to Dr. Thomas Tillotson, whose wife's family - the Livingstons - were among the oldest landowners in the region.

The Tillotsons and "The Angel of Linwood"

Tillotson was Surgeon-General to the U.S. Army during the Revolution and was later appointed a U.S. Congressman and Secretary of State of New York. His wife, Margaret, grew up at Clermont Manor and her siblings built many of the most historic mansions along the Hudson that still stand today, eg. Grasmere, Rokeby, Montgomery, and the house at the core of the Mills Mansion. Having partitioned his newly acquired property on the Hudson with Matthew Van Etten, Tillotson took the south half of 86-acres.

In 1796, he raised £6,000 by mortgaging this and other property to pay for the construction of their mansion. The result was a typically Federal five-bay manor house built with brick imported from England that gave it an air of distinction in a time when stone or wood were the only locally available construction materials. The house was complete by 1796, in which year George Washington stayed as a house guest. During his time here, Tillotson also extended his land holdings until he had an estate of 207-acres.

In general architectural character, the (Tillotson) house was similar to several other brick houses built in the same vicinity and nearly the same time - the de Veaux, Lewis (the core of the Mills Mansion), Parsons, Schuyler and Van Ness (Lindenwald) houses. It was rectangular, two stories in height, with a gambrel roof and had a central hall with rooms on either side. Over the front door was a triple window... by the mid 19th century, a front door, veranda and additions at each side had been added.

Tillotson retired here permanently from 1808 and lived a quite life with his family in the home he named "Linwood" for the profusion of Linden trees on the estate. He was an original member of the Society of the Cincinnati and his wartime and political career is well-documented. The Rev. Blanchard said this of his wife: "Mrs Tillotson has not left any record on the pages of history as have her brothers (and husband), but she has left in the hearts of people, now departed, a record passed on in repeated kindliness. It was the custom of "The Angel of Linwood" to have her carriage brought up in the morning and with a well filled basket go out in search of the needy. None was ever known to be neglected". After Dr Tillotson died in 1832, Linwood passed to their son, John C. Tillotson who in 1835 sold the house and land for $18,000 to Federal Beekman Vanderburgh.

After just six months Vanderburgh sold part of Linwood to his son-in-law John Barber James, uncle of the celebrated novelist, Henry James (1843-1916). J.B. James had originally intended to replace the Tillotson house with something more modern to his own taste and had plans drawn up by the noted architect Alexander Jackson Davis. But, the plans never made it off the paper and he and his wife lived happily in the house as it was. Mrs James died in 1846 and he continued to live here for a further ten years until he died ten years later. In 1849 and 1853, J.B. James had sold part of the property to his brother Augustus James who in 1865 eventually sold the mansion with its original 86-acres for $60,000 to Alfred Wild, an insurance businessman from the James' native Albany, New York.

Alfred Wild envisioned something far grander than the mansion that existed and set about demolishing the Tillotson place. But, no sooner had he started when his business took a turn for the worse and his grand plans were ground to a halt. He subsequently mortgaged the property but abandoned what was left of the house. Nearly twenty years later in 1883, it was bought for $29,000 by Jacob Ruppert, "a profusely moustachioed Yorkville beer baron". Ruppert's eldest son, Jacob Jr., was the owner of the New York Yankees who signed Babe Ruth and built Yankee Stadium, and it was also under him that the Jacob Ruppert Brewing Company would become the biggest producers of lager beer in the world.

The Rupperts demolished what remained of the old mansion and built the new 22-room Queen Anne-style house as seen in the main image. They also did much to improve the gardens and waterfront, and created a poultry farm. Back then, the New York railroad would stop at Linwood to load up with eggs for hotels in Manhattan, and during the Second World War, for the military too. After Mrs Ruppert died in 1924, she left it to her children. None of them wanted it, but equally they desperately wanted it to remain in the family and so it passed to a grandson, J. Ruppert Schalk (1896-1962). His mother died just three years later but he and his father (who died here in 1950) made their home here.

In 1935, Ruppert Schalk had used his 77-foot yacht "The Linwood" to raise Benedict Arnold's old Revolutionary War gunboat "The Philadelphia," which had been sunk in Lake Champlain in 1775. Ruppert lived at Linwood until his death in 1962. He was unmarried and willed much of his $1.4 million to various friends while he left Linwood (then valued at $103,950) to the Catholic Sister's of Saint Ursula in the Archdiocese of New York.

Towards the end of his years Ruppert Schalk had become friendly with the Rev. Robert Saccoman, of Rhinebeck’s Good Shepherd. It was Saccoman who suggested that Schalk leave Linwood to the Sisters of Saint Ursula who were then based in Kingston, Ulster County. Sister Maureen Steeley explained, “Mr. Schalk’s reason for leaving this property to us was because he wanted it to be used for others... Some of our sisters came over from Kingston in 1964 and even in the old mansion we were able to begin some retreats with women. Then, in 1968 we realized that the building wasn’t functional for what we wanted to do so we razed the mansion and on that spot we built the Linwood Spiritual Center".

In October, 1967, the mansion was purposefully burned in a training exercise involving five fire companies (Hillside, Staatsburg, Rhinebeck, Rhinecliff and West Clinton). The center that replaced Linwood is a plain brick building that continues to be used today. 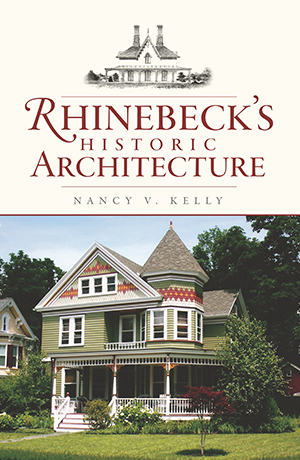