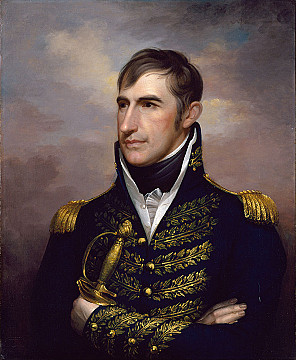 He was the last U.S. President born as a British subject. On a cold winter's day, eager to prove his robust health, he rode to the White House rather than taking a carriage and refused to wear an overcoat or hat as he delivered an 8,445-word inaugural speech that lasted two hours - the longest ever given. Thirty-one days later, Harrison died of pneumonia - the shortest serving President.