Built in 1665, for Arthur Allen (1608-1669) and his wife Alice Tucker (b.c.1606). Their house is the oldest documented brick dwelling in the United States and one of only three remaining Jacobean mansions in the western hemisphere along with St. Nicholas Abbey and Drax Hall, both in Barbados. The house was named for Colonel Nathaniel Bacon (1647-1676), who grew up at Friston Hall in Suffolk, that being of the same period bore a distinct similarity to the Allen House. Allen's House is named for Colonel Bacon, not because he ever lived here, but because the house was occupied along the lines of a fort or castle by his followers during "Bacon's Rebellion" in 1676. Today, it is operated as a house museum and historic site, maintained by Preservation Virginia.
zoom_in 2 images 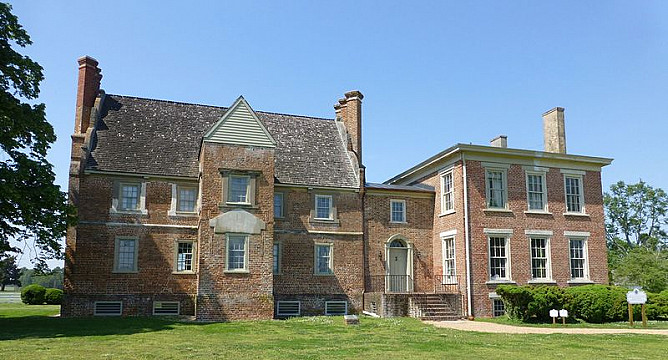 Tales from a Revolution: Bacon's Rebellion and the Transformation of Early America By James D. Rice