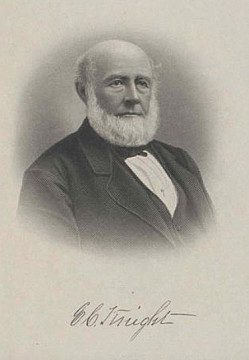 Born at Collingswood (named for his mother's family) of Quaker stock, his father died when he was ten. His mother first moved her young family in with her father before her brother built the Collings-Knight House to share with them. At the age of 15, Edward started work as a grocery clerk that brought him to Philadelphia. He went into the wholesale and retail business with his mother before establishing E.C. Knight & Co., sole agents to the sugar-refining firm of Kusenberg & Bartol. In 1861, he partnered with them and together they established the Southwark Sugar Refinery that by the 1880s was producing 1,500 barrels a day.

Aside from his fortune in sugar, Knight had many other interests: he was shipowner and ran ships to Cuba and the West Indies for sugar; and to Chile and California for general groceries. In 1859, he invented the "Knight" railroad sleeping car the patent of which he sold to George Pullman and subsequently it became know as a "Pullman". He made shrewd investments in Philadelphia real estate and became President of both the Delaware & Bound Brook Railroad Co., and the Northern Pennsylvania Railroad Co. He was involved in politics and was a director of the Union League, but declined President Harrison's offer of becoming Ambassador to Russia. At home, he became the largest landowner in Collingswood, and in 1888 gave 100-acres for a public park in memory of his mother: Knight Park. His son built Clarendon Court, one of Newport's most iconic cottages. 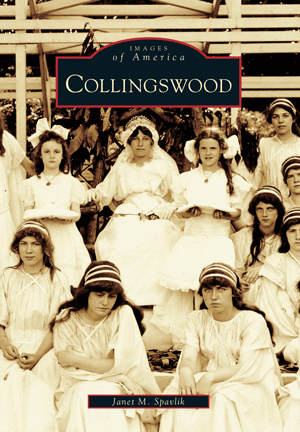