Completed in 1905, for George Herbert Walker (1875-1953) and his wife Lucretia Wear (1874-1961). They were then residents of St. Louis and they built this house as a vacation home for all their family to escape to from the worst of the Midwest summer heat. Today, it continues to serve as a vacation home for their descendants but is best associated with their grandson and great-grandson, the former Presidents: George Herbert Walker Bush (1924-2018), and George W. Bush (b.1946). Unsurprisingly, the estate is a prohibited area and is strictly closed to the public....
zoom_in 11 images

George "Bert" Walker was born into a successful mercantile family in Missouri. After attending a prestigious Catholic boarding school in England he returned to St. Louis and graduated from Washington University before setting up his own investment bank, G.H. Walker & Co. In 1920, he was appointed President of W.A. Harriman & Co., another  investment bank set up by the future Governor of New York who lived at Arden House. Bert Walker was a passionate golfer and President of the United States Golf Association who sponsored the ongoing Walker Cup Golf Tournament from 1922.

In 1902, Bert and his father, David Davis Walker (1840-1918), sought a cooler climate for the family to enjoy away from the hot summers in St. Louis. That year, they purchased 11-acres on a rocky promontory that juts directly out into the Atlantic at Kennebunkport on Maine's rugged coastline. It had long been popular with local fishermen and from the 19th century realtors had cottoned on and named it "Point Vesuvius" for its volcanic rock.

Both father and son built separate houses for themselves on their newly acquired coastal estate and it wasn't long before the promontory became known locally as "Walker's Point". The elder Walker's house was torn down soon after his death in 1918 and today it is his son's house which is the focal point of the compound: Bert built his 26-room, 10-bedroom vacation home at the tip of the peninsula, and named it aptly, "Rock Ledge".

Rock Ledge was designed by the Boston architects Chapman & Frazer. It measures-135 feet across and is a large and comfortable house that was designed with plenty of room for Bert and his wife's Loulie's six children. It enjoys panoramic views of the Atlantic Ocean on three sides. The swing on the porch literally overlooks the water and was originally open to the elements, supported by sturdy stone columns enveloped in trellising.

When Bert Walker died in 1953 his eldest son, George Herbert Walker, Jr. (1905-1977), known as "Herbie," bought out his five siblings and took possession of Rock Ledge with his wife Mary Carter (1905-1998) and their three children. He is remembered as a co-founder and owner of the New York Mets baseball team. Herbie died in 1977, when Rock Ledge was again made available to offers from anyone within the family.

Herbie's sister, Dorothy Wear Walker (1901-1992), known as "Doro" was born near Walker's Point. In 1921, she married Senator Prescott Sheldon Bush (1895-1972) who through her father became a partner in the firm of Brown Brothers Harriman & Co. with the previously mentioned  W. Averell Harriman (1891-1986). As a wedding present to his new bride, Senator Bush built him and his wife a small cottage on Walker's Point which, though long since demolished, was the home in which their son, George Herbert Walker Bush (1924-2018), the future 41st President of the United States, spent his first summers.

Following his uncle Herbie's death in 1977, George H.W. Bush purchased Rock Ledge. He had spent every summer of his life at Walker's Point except one, when he was on active service in the Pacific during World War Two. In order to maintain a semblance of privacy and normal life, Bush and his wife, Barbara Pierce, refused to have chain-mail fencing or bullet proof glass put around the estate on his taking office; and, neither did Bush name Rock Ledge as his "Summer White House". His wife is equally attached to the place and has since transformed and recreated the gardens as found today.

In addition to the main house, Rock Ledge, there are eight other houses on Walker's Point that include one for each of the Bush's children. In 2018, the estate's assessed value was $13.5 million. By the water there is a dock and boathouse while the spacious grounds contain a small sports-field, a golf green, a swimming pool, tennis court and guesthouse.

Rock Ledge has twice been severely damaged by storms: first in 1978 and again in 1991, when they found furniture and family mementoes had been swallowed up by the sea. After both occasions, the house was restored and though a prohibited area heavily guarded by the United States Secret Service, it remains very much the Walker/Bush family summer vacation home. After both Barbara and George Sr. died in 2018, there was no question that their children, grandchildren and great-grandchildren would continue to come here. When their granddaughter, Mrs Barbara (Bush) Coyne was married here in October 2018, she described Walker's Point as, "just a family place that means family love". 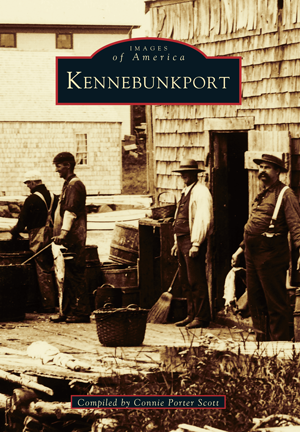 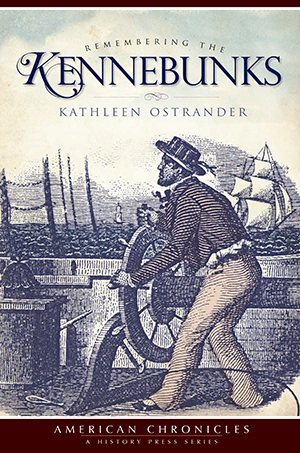 Remembering the Kennebunks By Kathleen Ostrander

The Kennebunks in Season By Steven Burr