Built 1725, for Rebecca Fisher (c.1665-1747) and her second husband, William Cornwallis (d.1728). This two-and-a-half-story cedar shake colonial house has a rich Patriotic history: During the Revolution, it was home to the river pilot who confounded the British ships in the Delaware Bay; and, in the War of 1812 it was home to the saviour of Lewes. It is situated on Pilottown Road, north west of downtown Lewes in Sussex County, Delaware. It measures 2,800 square feet and sits on an acre of gardens with several outbuildings and a canal frontage with 6 boat slips and a boat house....
zoom_in 2 images 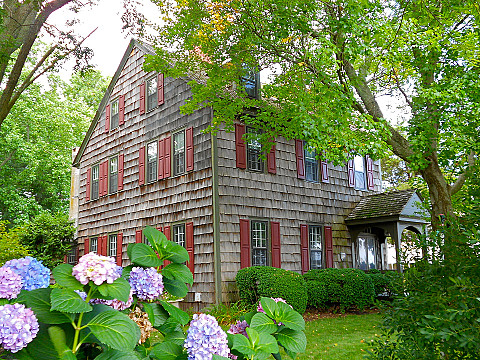 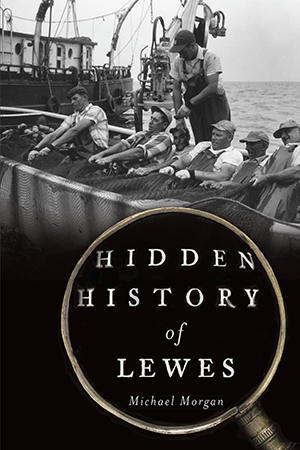 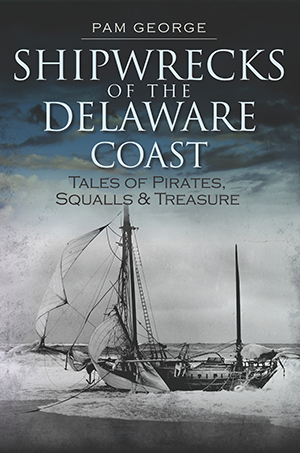 Shipwrecks of the Delaware Coast: Tales of Pirates, Squalls & Treasure By Pam George
Fisher’s Paradise was a frame house with a stone foundation when Rebecca sold it to her reputed cousin, Dr Henry Fisher (1700-1748), then freshly arrived off the boat from his native Ireland. It stood on one of the farms that had originally made up the 1,000 acre tract in Broadkill Hundred conveyed in 1705 to Rebecca and her first husband, Yeates Conwell (1660-1725), by Rebecca's father, William Fisher (1644-1725).
From Misfortune to Paradise

In 1718, Henry Fisher - then just a fresh-faced eighteen years old - became heir to his father’s 600-acre farm in Ireland: Rathleague, near Mountmellick in Queen’s County. But, he was duped out of his inheritance by his wicked stepfather who got him drunk and tricked him into signing over the land. Henry was so ashamed that he could not face his relations and jumped on board a ship bound for India. But, for what must have seemed at the time a continuation of his misfortune, the ship was wrecked in a storm. Lucky to survive at all, he returned to Ireland (far from his family) and qualified as a physician.
In 1725, Dr Henry Fisher set sail for America from the City of Waterford and settled at Lewes where he quickly established himself as the leading physician in Sussex County and beyond. On hearing of Dr Fisher's reputation, Governor Richard Penn Sr. (1706-1771), son of the founder of Pennsylvania, tried on several occasions to persuade the young doctor to move to Philadelphia, but he could not be induced to leave Lewes.
It was for Dr Fisher that "Fisher's Paradise" or "Paradise Point" took its name: He was, “a gentleman of much taste, and adorned his seat at Lewes in the English style, rendering it so pleasant and beautiful that his neighbors used to call it Paradise”.  Today, the kitchen wing is all that remains of the original house which was incorporated into the existing structure by Dr Fisher’s only son, Major Henry Fisher (1735-1792), who lived there all his life with his family and elderly mother.
The Masterful River Pilot

Major Fisher was the masterful river pilot who selected the site for the Cape Henlopen Lighthouse in 1764. During the Revolution he acted as "the eyes and ears" for Congress on the Delaware Bay and it was Fisher who informed George Washington that Lord Howe’s fleet of 228 ships was on its way to Chesapeake. Around the mouth of the Delaware, he confounded the British ships by darkening the lighthouse, removing navigation buoys and running “spike strips” under the water’s surface. Major Fisher also raised and armed a company of 100 men at his own expense for the defence of the Cape and Delaware Bay.

Major Fisher’s philanthropy far exceeded the common bounds of humanity. Every sick and wounded prisoner, and all the unfortunate among our own people who were landed at Lewes during the war, were welcomed to his house and partook of his bounty. For the sick he procured nurses, and the dead were buried at his expense. Those who were well, went on their way rejoicing with a supply of money sufficient to take them to their homes, from his own purse.

In 1756, the Major married Margaret W. Shields and one of their seven daughters, Sarah Fisher (1767-1853), married Senator Daniel Rodney (1764-1846), 19th Governor of Delaware. Daniel was a distant cousin of Caesar Rodney (1728-1784), the President of Delaware who famously rode through the night to vote and thereby ensure Delaware’s declaration of independence in 1776. A legend prevailed for several years that Caesar started his journey from Fisher’s Paradise - which he had visited on several occasions – but as good a story as it makes, he in fact saddled up at Dover.

"The Hero" of Lewes in the War of 1812
After Major Fisher died in 1795, one of his daughters sold the house to Lt.-Colonel Samuel Boyer Davis (1765-1854) and his first wife, Marianne Rose Elizabeth de Boisfontaine (1778-1835). Davis is remembered for his defence of Lewes during the War of 1812. In an attempt to gain entrance to Delaware Bay, the British bombarded the town but Davis managed to create the illusion that his forces were far larger than in fact they were and the British ships soon withdrew.
The Hickman Family

In 1817, Colonel Davis sold the house and its 100 acres to George Hickman (1779-1851) and his wife Mary Wolfe Marriner (1799-1880). Hickman was a prominent local businessman who in 1835 had co-founded the steamboat service along the Delaware that operated between Lewes and Philadelphia. Fisher’s Paradise would be home to his descendants for the next four generations:
His second son, Harbeson Hickman (1818-1889) was born and died at Fisher’s Paradise. He was a partner in the wholesale hardware business started by his brother, Nathaniel Hickman (1816-1886) in Philadelphia. But, he sold up in 1849 to take advantage of the Gold Rush and headed to California. Rather than prospect for gold, Harbeson opened a hardware shop and he was happy to accept gold nuggets as payment. In 1859, he returned to Lewes a wealthy man. He purchased 10,000 acres in the county and invested in shipbuilding and railroads.
In 1972, the house was owned by Harbeson’s great-granddaughter, Virginia Layton (1914-1997) who was married to Robert Hunter Orr (1915-2005). Together, they restored the house and added it to the National Historic Register.

Bob and Jinny Orr were two of the founding members of the Lewes Historical Society. Jinny was the eldest daughter of Caleb Sipple Layton (1886-1969) and Helene Hickman Mustard (1886-1964). She was named for her grandmother (Harbeson’s eldest daughter) Virginia Lee Hickman (1862-1946) who was married to Colonel Lewis West Mustard (1862-1918). As of 2018, this historic house was placed on the market.

Shipwrecks of the Delaware Coast: Tales of Pirates, Squalls & Treasure By Pam George