Built in 1799, for Archibald Gracie (1755-1829) and his wife Esther Rogers (1757-1833). Gracie Mansion is one of only three Federal-period mansions left standing on Manhattan Island, the other two being Hamilton Grange and the Morris-Jumel Mansion. It was here on the porch in 1801 that the New York Post was officially founded but its first two owners made their fortune in shipping and its second chatelaine was the sister of Admiral Luis Brion, Commander-in-Chief of the Colombian Navy. In 1923, It became the first home of the Museum of the City of New York but since 1942 it has been best known as the official Residence of the Mayors of New York City....
zoom_in 8 images

Already possessed of an elegant townhouse at 15 State Street, Archibald Gracie was a self-made Scots-born shipping magnate who co-founded the New York Post with Alexander Hamilton and was a close personal friend of John Jay. His wife, Esther, was the maternal grand-daughter of Thomas Fitch IV (1699-1774), 29th Governor of Connecticut.

In 1798, Gracie paid $5,625 to the heirs of the late Jacob Walton (1730-1782) for an 11-acre country estate at Horn's Hook/Hell Gate on the north east side of Manhattan bordering the East River. However, the elegant mansion built on the property some 20-years before, Belview, had been reduced to a heap of rubble by British cannon during the Revolution.
The architect of Gracie's mansion is generally thought to have been John McComb, Jr. (1763-1853), best known for his designs of New York City Hall and Hamilton Grange. However, others have also suggested its builder, Ezra Weeks, or Pierre L'Enfant who laid out the street plans for Washington, D.C. and designed the Astor Mansion next door.

When the British destroyed Belview they built a fort at the foot of the lawn on their way to taking the rest of Manhattan. Gracie levelled any former traces of British occupation and proceeded to build a two-story timber house over Belview's foundations at the top of the hill. Known as "Gracie's Point," it was their summer and weekend home and although only 5-miles from the city it was still rural, though no longer accessible only by water.

Overlooking the river, the house was specifically designed to take full advantage of the cool breeze cast up from the fast-flowing water beneath. Wide galleries supported by Chinese Chippendale balusters sweep around both floors; and, full-length windows on the first floor slide into the woodwork to create further doorways for indoor-outdoor living.

Home to "a Charming, Warm-Hearted Family"

It was here in the early fall of 1801 that Gracie - at the behest of his great friend Alexander Hamilton (1755-1804) - brought together many of New York's leading financiers with the aim of establishing a newspaper. On one of those wide galleries, Hamilton convinced those gathered to invest, so creating the New York Evening Post which changed its name to the New York Post in 1934: the nation's oldest continuously published daily newspaper.

In 1811, Gracie made the changes that give the house its present form. He moved the entrance from one side to the other, adding two sets of bay windows to what was now the rear. The new entrance now looked over the lawn towards the river. On completion, the mansion, out-houses, stables and landscaped gardens were valued at $60,000.

Gracie's reputation as a jovial and generous host was well-known and the food he served at his table - turtle soup, oysters and pomegranates was standard fare - was mostly grown or caught on the estate. The guests he entertained included not only the neighbouring knickerbockers and merchant princes, but celebrities of the day, foreign dignitaries and royalty. In 1813, Washington Irving wrote of the Gracies:

Mr Gracie has moved into his new house (in New York City), and I find a very warm reception at the fireside. Their country-seat (at Hell Gate/Horn's Hook) was one of my strongholds last summer, as I lived in its vicinity. It is a charming, warm-hearted family, and the old gentleman has the soul of a prince.

Other guests included: Joseph Bonaparte, then living at Point Breeze; John Quincy Adams, 6th President of the United States; James Fenimore Cooper, of Otsego Hall; the Marquis de Lafayette; DeWitt Clinton (1769-1828), 6th Governor of New York; and, the future King of the French, Louis Philippe I (1773-1850). In reference to the visit of the last named, a story was told many years later by one of Gracie's great, great-granddaughters,

The carriage and four were sent to town to bring the Royal visitor, and when he arrived the family were assembled to receive him. One of the little girls (a daughter of the Gracies) exclaimed aloud, "This is not the King, he has no crown on his head," at which the guest laughed good-naturedly and said: "In these days, Kings are satisfied with wearing their heads without crowns"!

The War of 1812 decimated the fleet of Gracie & Sons, most being captured, burned or lost to cannon. Gracie went to England in an (unsuccessful) attempt to reclaim some of his losses, while his sons borrowed heavily - and lost heavily - speculating in cotton.

The Foulkes and their Flamingos

Foulke was a native of New Jersey who acquired the leaseholds to the Islands of Bonaire and Curaçao from Venezuela and proceeded to make a fortune in Caribbean shipping. In 1800, he added to his wealth and influence when he married Charlotte Brión (1785-1846), sister of Admiral Pedro Luis Brión, close friend of the infamous Simón Bolívar.

By 1818, the Foulkes had settled permanently in New York City. When he purchased Gracie's Point it was advertised as including, "the very large double house, greenhouses, stables, coach and other outhouses (eg., the ice-house, fruit-house and gazebo) etc." Their original intention was to use it as a summer/weekend retreat, but it wasn't long before he retired and they abandoned their townhouse at 69 Franklin Street to live here year-round.

The Foulkes slotted seamlessly into local high society, marrying into the Beekman and Fish families etc. Joseph allowed himself to indulge his passion for breeding flamingos, but otherwise little changed during their thirty year tenure. They made no structural changes to the house and the only difference that marked their time there was the addition of the marble mantelpiece in the drawing room, purchased in France circa 1825.

Joseph outlived his wife and died here in 1852. He left a will of about $350,000 and instructed his executors to divide his property equally between his seven surviving children. By this time, Hell Gate/Horn's Hook had lost its aristocratic charm to expansion and inevitable industrialization: the mansions along the river were being demolished and the land carved up for development. Fashionable society had long since departed and with its fate sealed, the former estate was also subdivided into lots and sold off from 1853.

In 1857, the mansion and twelve of its surrounding lots was purchased by Noah Wheaton (1808-1896), an enterprising if struggling draper-cum-real estate developer from Connecticut. Rather than demolish the old house as many others around it had been, Noah Wheaton just about managed to maintain it as a family home. But, despite all his good intentions, Wheaton was finally declared bankrupt in 1891.

Not for the first time, Wheaton was offered financial respite from his son-in-law, Hamlin Babcock (1834-1905), a lawyer who had been nominated for Congress in 1874. Hamlin and Jane Babcock took possession of the house in 1892, allowing her elderly parents to continue living there. When Noah died in 1896, the house was sold to the City of New York who wasted no time in converting what remained of the gardens into what is now Carl Schurz Park. From then, the house was used sparingly (mainly for storage and as a public restroom) but it was essentially left derelict and began to fall into disrepair.

May Denning King (1848-1925) was the outspoken wife of John King Van Rensselaer (1847-1908) and a great-granddaughter of Archibald Gracie (1755-1829). In 1917, she declared the New York Historical Society to be a "dull, old man's club… a deformed monstrosity, filled with curiosities, ill-arranged and badly assorted". Initially under her leadership, she persuaded the city to create an historical museum using the Gracie Mansion as its home. In 1923, Henry Collins Brown (1862-1961) became its custodian and having restored the Gracie Mansion opened it as the Museum of the City of New York.

The Official Residence of the Mayor of New York City

In 1931, the MCNY was relocated to its new premises on 5th Avenue (where it remains today), while the Gracie Mansion became a House Museum. In 1942, it was the turn of city planner Robert Moses (1888-1981) to save the old house from demolition, transforming it from a struggling museum into the official residence of the Mayors of New York City, the first of whom was Mayor Fiorello H. La Guardia, the City's 99th Mayor from 1934 to 1945.

In 1966, the mansion was designated a New York City Landmark. Shortly before the death of Susan Wagner in 1964 (the first wife of Mayor Robert Wagner), she had suggested making further room for official functions and in her honor the "Susan E. Wagner Wing" (also known as/previously known as "the west wing") was opened in 1966. Blending in with the original architecture, it incorporates a ballroom and two smaller reception rooms.
In 2002, the house was given another significant facelift by the Gracie Mansion Conservancy, when it was designated the "People's House". Despite the works, Gracie Mansion is one of the few Federal-period mansions to have retained its original character and the view to the river is much how it was when Gracie saw it.

The mansion was added to the National Register of Historic Places in 1975 and has featured in several films, including: City Hall (1996) with Al Pacino and John Cusack; Ghostbusters II (1989); and, The Taking of Pelham One Two Three (1974). The drawing room fireplace is the same one that featured from 1966 to 1989 on Channel 11's original Yule Log. Tours of the house are available throughout the year. 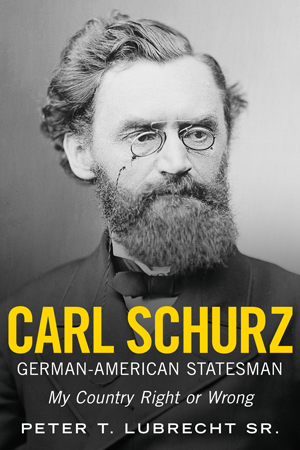